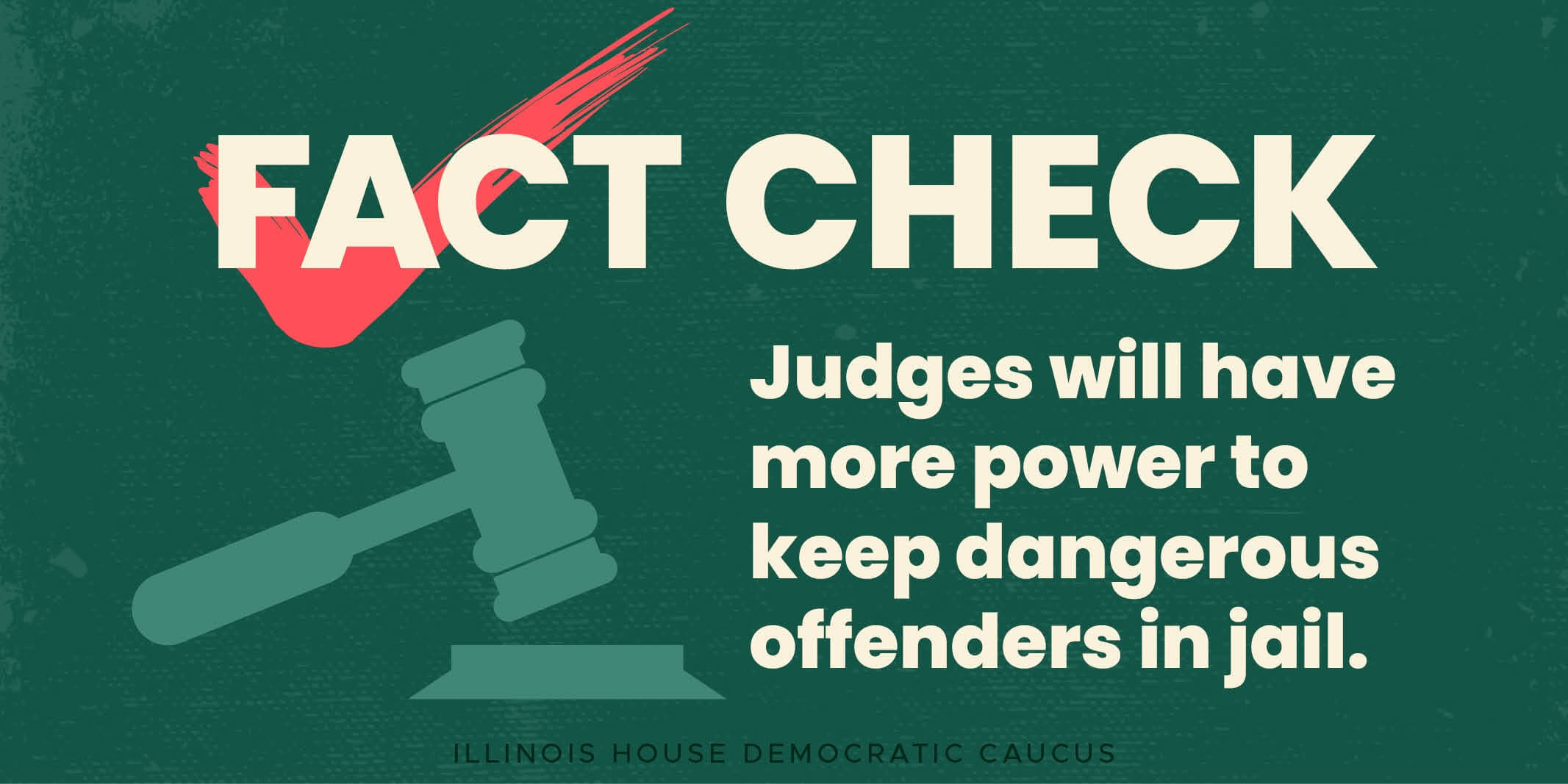 Fake news sources are spreading misinformation regarding the end of cash bail right now, so I appreciate the opportunity to share the truth. Here are the facts.

I’m committed to a ‘smart on crime’ approach because making the justice system smarter and fairer will make our communities safer. There is a truly extraordinary amount of partisan misinformation out there about bail reform right now, so I appreciate the opportunity to share the truth. Here’s the truth:

Bail reform gives judges more power to hold dangerous offenders in jail because they’ll be making decisions based on a public safety assessment – not simply the defendant’s access to cash. That’s why domestic violence groups and crime survivor advocates support this smart approach. Right now, people accused of murder, abuse, and other violent crimes get out of jail simply by having the money to pay bail. There are more than 50 accused murderers awaiting trial in Cook County right now, who are walking the streets free on bail. Bail reform is about making our system smarter and making our communities safer.

Under the new system, a judge will decide whether to hold defendants in jail before trial on a case-by-case basis, after conducting a public safety evaluation. In fact, this is the same system federal courts have used to make custody decisions for decades. Federal courts do not release defendants on cash bail, but make an evaluation of the effect on public safety. The largest court system in Texas also uses this same system and the number of people being re-arrested actually went down.

At every step of this process, we have taken legitimate concerns and feedback and made changes accordingly Law enforcement, prosecutors, and survivor advocates are all still at the table as this is implemented. But we can’t let willful misinformation steer us away from a smart approach to public safety. I know how frustrating it is when special interests spread this kind of misinformation, particularly on something as personal as our safety.

Please know that I am dedicated to the safety of our families and our communities. This past year, I supported more than $200 million in new funding, equipment, and crime-solving resources for our police and I’m going to continue working hard to prioritize our safety. Some of the same people pushing these lies were also working to defeat this additional police funding, so no wonder they’re lying about their record now.

If you ever have any questions, concerns or requests for assistance please do not hesitate to contact my office at staterepmoeller@gmail.com or 847-841-7130. It is an honor to represent you in Springfield and my staff and I look forward to serving you.

Our meetings are held the 4th Tuesday of each month at 7:30 pm.